The Sotoan Navy's 22nd Fighter Squadron, also known as the "Jaguars," was a MiG-29K squadron that was stationed at the Hotel Forward Operating Base. They were assigned to air patrol duties over the base.

During Sotoa's expansion south, the Jaguars were a prominent unit in the battle for air superiority over Romny. They made a name for themselves when they shot down 13 Romnian F/A-18Cs in a single combat mission, for no losses.

Little information about the actual squadron members is available at this time. However, it is known that the squadron's leader, Nicholas Howard, comes from a traditional upper class Sotoan family, and holds the values of chivalry in high regard.

Notes: Brought up in upper class family, the son of a Sotoan Nationalist Party minister. Studied history. After enlisting in the Sotoan Navy in 2019, his disciplined and sharp attitude allowed him to quickly ascend the ranks to Commander. During Sotoa's expansion south in May 2027, he was deployed with his squadron to gain air superiority over the vital Romnian port of Djuga. There, he engaged the Romnian Air Force's 2nd and 6th fighter squadrons. The Jaguars completely wiped out the 6th squadron, and succeeded in forcing the 2nd squadron to retreat.

It is known that Howard bases his fighting style off of the Sotoan warriors of ancient times. He never attacks an enemy using superior numbers, instead preferring to fight one or even multiple enemies on his own, looking for an adequate test of his skills. 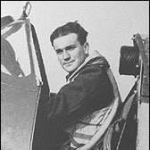