This page is shut down until further notice.

This is a conceptual page of a map game, and if all goes well, it may also be the first map game.

The Alt History is the entire Belkan War, except it takes place in 1795.

NOTE:Just because this is a recreation of the Belkan War in a different time doesn't mean that the way this will go is set in stone. Maybe one of the allied nations will decide to help Belka. Maybe another nation that wasn't in the Belkan War will join in as well. Maybe a new nation will be formed altogether. Anything can happen as long as it sounds plausable!

A player has to command at least 2 nations. (Need to know what the other nations are doing.) Cross out the nation that has just used. (Example: Osea) When all nations have been crossed off, the next turn shall start.

Turn order is randomized by computer.

(UTC) Map games are Alt History created by different users. Each user gets to control a nation of thier choice assuming that it is not taken already and create the action taken by that country. While not a contest to have your nation on top just do what you'd think that your nation of choice would do. It still should be fun!

IMPORTANT: It is required that each of you check out a map game on the Althistory Wiki as this is where the idea for Strangereal Alt History map games came from. Also check out this page. Map Games

A forum will be made to discuss the map game later on.

This is the map game currently being considered. Battle For Earth Reloaded The Ace of Razgriz (talk) 17:01, October 19, 2012 (UTC) 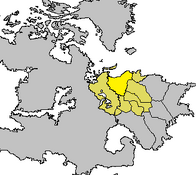 Belkan expansion (may not be consistent with recent developments) 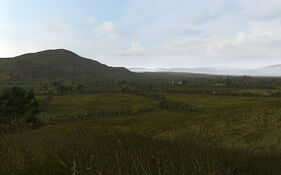 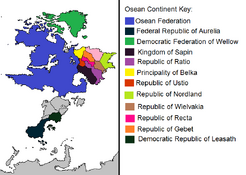 The Osean Continent before the war 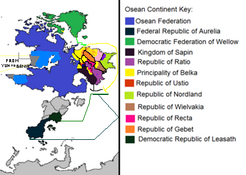 The Osean Continent during the war

Nations negotiated with other in order to protect each other in case of war, these alliances made the nations nervous of each other as they raised thier military capablities. Tensions grew until Belka, suffering from a poor economy decided to invade the other countries, starting the War of 1795 aka The First Belkan War.