Davenport was a well known chatterbox among the personnel stationed at Sand Island Air Force Base, and his penchant for cheeky remarks often earned him the ire of his superiors, such as AWACS Thunderhead. Although dutiful, Davenport voiced his dislike of war's nature, which he believed forced soldiers to blindly follow orders, often to their deaths.

As a wingman, Davenport was highly skilled, and his actions contributed to Wardog's notoriety over the course of the First Circum-Pacific War. He was fiercely loyal to his squadmates and dearly remembered by them in the wake of his death during Operation Supercircus on November 29, 2010.

It would be revealed by 2023, that Alvin H. Davenport has an identical Twin Brother called Jordan H. Davenport (Older by 30 minutes), who served also in the First Circum-Pacific War as a ground Infantry soldier at the time.

Davenport was born in the Osean Federation in 1981 about 30 minutes after his older Identical Twin brother Jordan Davenport. At some point, he enlisted in the Osean Air Defense Force and received preliminary flight training at Heierlark Air Force Base along with Kei Nagase and Blaze.

He chose the callsign "Chopper" due to his habit of "shooting his mouth off" on the radio. Sometime prior to September 2010, Davenport achieved the rank of 2nd Lieutenant and was assigned to Sand Island Air Force Base.

On September 23, Davenport was on the ground when several unidentified fighters ambushed a training flight over Cape Landers. In the wake of the attack, Davenport was one of the reserve trainees chosen by Captain Jack Bartlett as his new wingmen. The next day, during the interception of an SR-71 over western Osea, Davenport, under Bartlett's orders, issued a landing order to the reconnaissance aircraft. He survived the following encounter with the aircraft's escorts and, three days later, the second ambush west of Sand Island.

When Wardog was dispatched to halt Yuktobania's surprise attack on St. Hewlett, Davenport successfully shot down several enemy aircraft and survived the battle after Blaze became his de facto squadron leader. That evening, Davenport and his fellow Wardog pilots launched to defend Sand Island against another surprise attack by the Yuktobanians. On September 30, Davenport survived the Scinfaxi's burst-missile attacks over the Eaglin Straits and retreated with his squadmates to Heierlark Air Force Base in North Osea. There, he regaled the Heierlark trainees with tales of Wardog's exploits in the war thus far.

Following Wardog's successful defense of Sand Island and the sinking of Yuktobania's submersible carrier Scinfaxi on October 4, Davenport and his squadmates were promoted to the rank of 1st Lieutenant. Several weeks later, on October 31, Davenport supported the Osean Army's amphibious landing and subsequent invasion of the Bastok Peninsula.

On November 4, Davenport and his squadmates reported to Oured for questioning in regards to an unauthorized attack on Yuktobanian civilians that had occurred two days earlier. Wardog, which had been the only known OADF unit operating in the area at the time, became the suspected culprits. During the hearing, Hans Grimm testified that the true malefactors had identified themselves as the "8492nd Squadron". When Grimm's testimony was repudiated by the tribunal, Davenport angrily slammed his fist on the stand and demanded to know "what the hell [was] going on". When reports reached the courtroom that Yuktobania had launched a series of retaliatory attacks on Osean civilians, Davenport and the rest of Wardog were sent to suppress them.

On November 14, Davenport and his squadmates were dispatched to the Razgriz Straits to halt the Hrimfaxi's burst-missile attacks against the Osean ground forces. As Wardog approached the target area, Davenport voiced his uneasiness about the legendary Razgriz, which was said to reside beneath the straits' icy waters. The engagement ultimately resulted in the sinking of the Hrimfaxi, and earned the Wardog pilots a new nickname: "The Demons of Razgriz". For his role in sinking the Hrimfaxi, Davenport received another promotion to the rank of Captain. He enjoyed the squadron's new moniker and even referred to himself as "Razgriz 3" during the Jilachi Desert offensive on November 25.

Four days later, on November 29, Wardog was assigned to perform a ceremonial flyby over a peace rally in November City. When Yuktobanian aircraft suddenly appeared on radar, Davenport and his comrades scrambled to defend the airspace. During the engagement, his aircraft was hit by enemy fire and lightly damaged. Davenport was unwilling to immediately bail out, as this would have resulted in his plane crashing into the heavily populated area below. Instead, he chose to wait for the crowd to evacuate the stadium before trying to bail out and drop his plane onto the stadium's empty field.

Unfortunately, by the time the stadium had been vacated, his aircraft's electrical system had become unresponsive: the cockpit canopy would not release, rendering ejection impossible. In his final act, Davenport directed his wounded aircraft toward the center of the stadium and crashed into the field; he was killed on impact. The loss of Davenport enraged his squadmates, who began to shoot down the Yuktobanian fighters with lethal resolve.

As a result of his heroic sacrifice and the efforts of Wardog Squadron, the stadium was successfully evacuated, and civilians casualties were minimal. When OADF reinforcements finally arrived on-scene, they performed an aerial salute over the crash site in honor of their fallen comrade. AWACS Thunderhead, who had often been at odds with Davenport over his mouthiness, felt deep remorse for his death, calling him a "model fighter pilot until the end." Davenport was posthumously promoted two ranks to Lieutenant Colonel.

Though dead, his Alvin H. Davenport would live on through his Identical Twin Brother Jordan H. Davenport, who at the time of the First Circum-Pacific War, was serving as a ground infantryman at the time.

Alvin, never told his squadmates about his identical twin brother prior to his death, but it was mentioned by Hans Grimm that he had found a letter before Sand Island's deactivation in 2011, revealing that he had a sibling, but it wouldn't be until 2023 when Jordan H. Davenport would join the Razgriz carrying on his twin brothers legacy with his same callsign Chopper during the Second Circum-Pacific War. 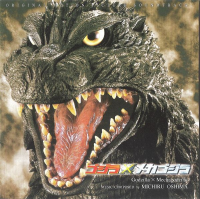