The J7W Shinden ADV was a try to resurrect the ancient Frame of ifamous J7W Shinden.replacing the famous engine propeller by a turbofan engine, and putting a stronger body, the plane became a cheap and low weight alternative for the Basic Advanced aircraft such as F-4G Phantom,F-5E Tiger II and Mirage III. is estimated that have been made of few units Shinden ADV,as it is very unusual to see a Shinden ADV in Direct Battle.although it is a multipurpose aircraft, the Shinden ADV is more commonly seen in aerial patrol border missions, and military exercises.

UPEO (S.A.R.F.) (Bought some and equipped it with COFFIN System)

a Real world Try to make the J7W Shinden a Jet powered fighter, was the J7W2 Shinden Kai,but this never left the drawing board. 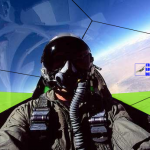 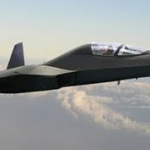