This article is currently under construction.

The story is set in year 2025, planet Earth. The central focus of the story is a global economic disaster that caused the downfall of world's governments, and with them, many high profile entertainment industries. THE iDOLM@STER and Love Live! School Idol Project, to name a few. In the following chaos all across the world, mankind fought among themselves for survival. When governments are no more, pirates rose to rule in the rubbles of civilization. The world descended further into local civil wars. From the ashes, new factions rise. The Burnam Corps and Voskhod Industries. The two factions claim to be the righteous heroes who will bring back order to the world. Civilians, soldiers, and even former entertainment performers join the two large factions. Although the two factions align in their main purpose, their methods differ greatly. The origin countries of these two factions seem to influence the differences. When the two factions cross path on their way to eradicate piracy, it often turn into even larger conflicts. Former idols of 765 Production and graduate students from Otonokizaka Academy got caught in the battles as they took to the skies. The world has changed for the worse, their fun is no more, and deaths are inevitable.

Faction Clashes will take place in story intersections. All actions done in Faction Clashes will have an impact to the story and thus affect the ending. Faction Clash is also the only place where if the player is shot down, the game doesn't automatically end in failure. Instead, the story progresses forward in the branch without the killed characters' presence.

Since the campaign will have different characters, campaign mode will have fixed aircraft suited to its pilot, and will change if a different pilot is chosen. In other words, aircraft are exclusive to their pilot.

The game will feature at least 4 different endings, depending on the actions done in Faction Clashes. Getting shot down, shooting down a rival pilot, and sparing a rival pilot will all influence the story, radio chatters, and ending.

In addition to the rival pilots in Faction Clash, at certain points the player will encounter a pirate special unit. The units can vary from an air force squadron, an army battalion, a naval fleet, or superweapon.

The Mercenaries is a series of special missions taking cues from Resident Evil series' mini-game of the same name and Ace Combat 5's Operation Katina. The player choose a pilot and proceed to destroy as many enemies as possible before the time runs out. Mini bosses (aces) and highly skilled enemy pilots will net higher scores than normal enemies. Destroying certain enemies or performing a certain moves around the map can either increase the time or replenish the ammunition.

An expansion has been announced. It will include a pack of Aqours skin from Love Live! Sunshine!!, 876 Production skins, 961 Production skins, Uzuki Shimamura from THE iDOLM@STER Cinderella Girls, and new campaign modes for those characters. 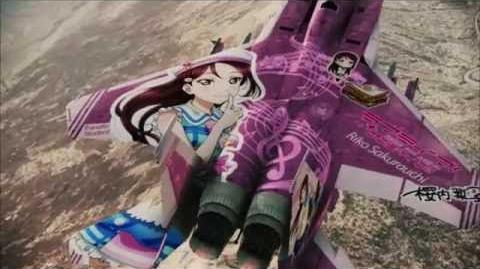 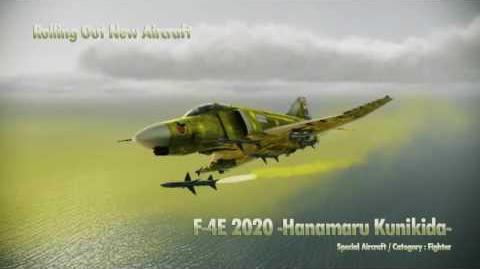 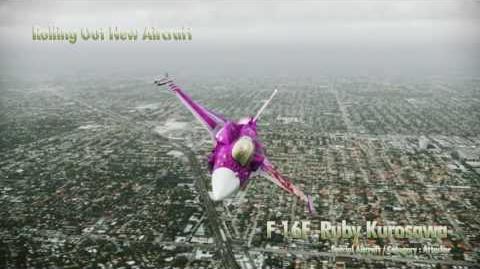 February 2016, developments began on the aircraft colors for B-Side characters, both the high-profile and the low-profile schemes.

July-August 2016, developments began on the first missions of both A-Side and B-Side.

As of August 2016, developments delayed due to program limitations, awaiting further update to the program.